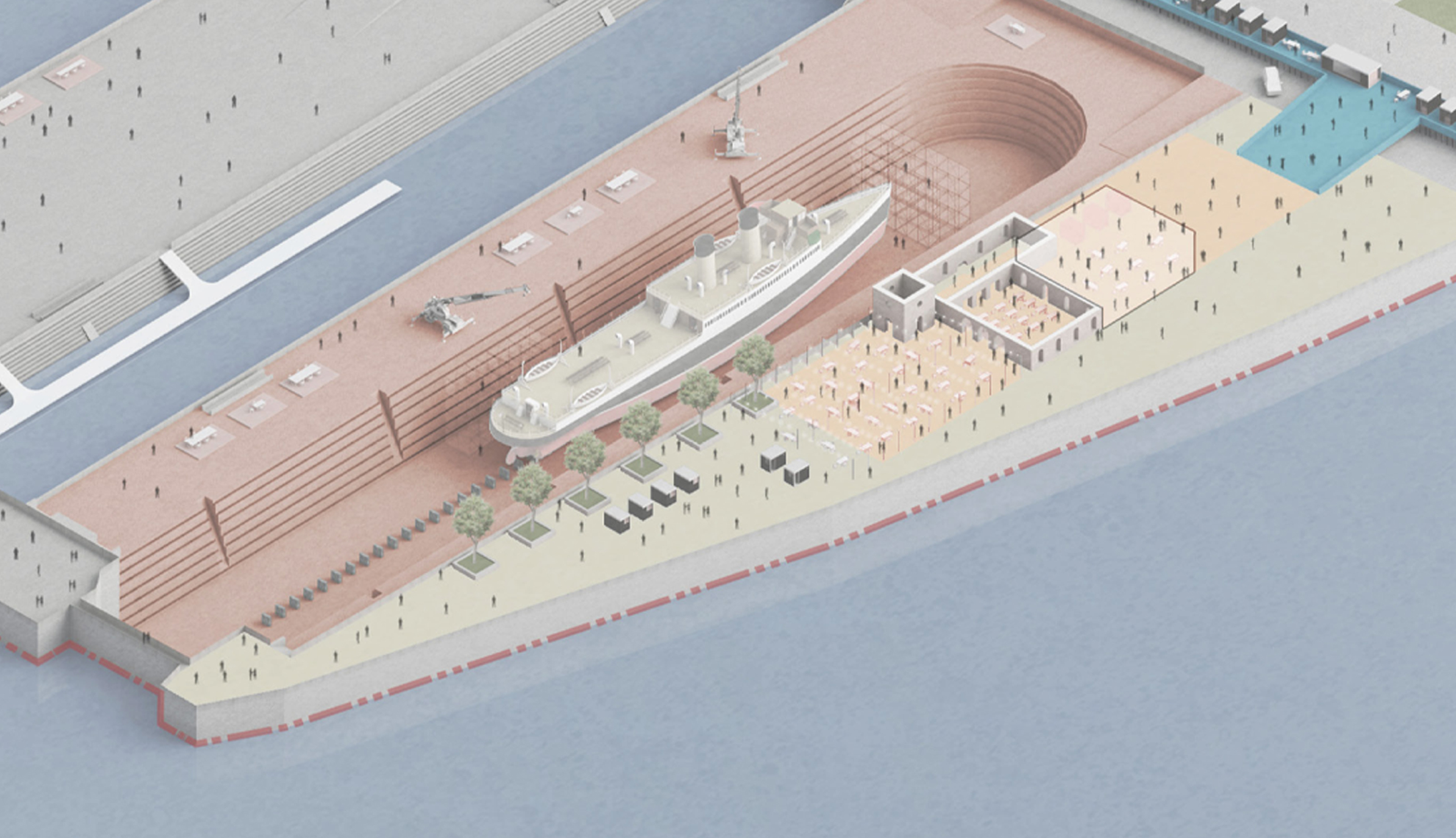 The historic Pumphouse will have an integral role in the development of Govan Graving Docks and plans are being drawn up on how best to bring the iconic building back to life.

The building flanks the oldest and most northerly Dock No1 on a land peninsula and Quayside area of cobbled and infilled made ground fronting onto the Clyde.

The Pumphouse, which is split over two levels, has the potential to be a key cultural space for the local community, and we have an ambitious two-step plan to transform the building.

Preparatory work has begun on the building and various proposals are being considered for a temporary use of the Pumphouse, which we hope to provide more detail on in the coming months.

It is envisaged that this initial step will generate renewed community investment in the Pumphouse and the Docks, and set up a legacy project as part of the new development vision.

Govan Graving Docks has extensive educational potential through its heritage value, and it’s anticipated that the long- term plans for the Pumphouse will build on this. The proposed plans are for a fuller extensive refurbishment and conservation approach to the building, allowing for a sensitive refurbishment.

This could see the creation of a new hospitality and events space for up to 200 people with extensive public garden spaces. Ideally this would further develop the connections established with the Govan community but also bring in new commercial operators who have helped to formulate an outline brief and development plan.

A new building section to the west would allow the Pumphouse to provide the modern operational functions required. Located within the plan are specific ideas for heritage spaces that are focussed on the Shipbuilding and River Clyde narrative, which could act as both a vital archive resource and a visitor experience.

It is envisaged that the Pumphouse could be complemented by several unique garden spaces located on the peninsula.

Basic repair work being carried out over next few months.